APL started the semester off right with nearly 40 new books this week! I imagine we might just have a new book for you whatever your interest.  Three are highlighted below, though it was difficult to choose! 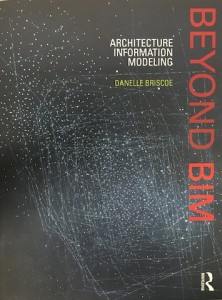 First, I would like to congratulate Professor Briscoe on her new book, Beyond BIM. APL was most excited to see its arrival!

After an introductory essay, Minnesota Modern is arranged 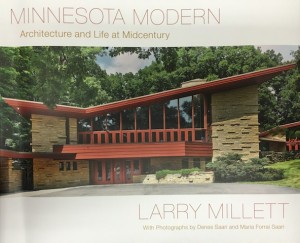 thematically by building type: commercial buildings, roadside architecture, public buildings, religious works, and domestic architecture. Set between each chapter are examples of mid-century houses from Minnesota. Each collection is arranged chronologically and includes photos, documents, and a description of the various houses.  Millet concludes his survey  by arguing for the preservation of Minnesota’s Mid-Century heritage. He writes, “At present, however, only a handful of midcentury buildings in Minnesota- among them Christ Lutheran Church and three works by Frank Lloyd Wright- are listed on the National Register” (pg. 339).  Of the works included in the survey, I am quite struck by the design of Northwestern National Life Insurance Building, Minneapolis (1964)- I am rather drawn to the attenuated arches. I also greatly enjoyed looking at the motels, bowling alleys, and gas stations – which includes  one designed by Frank Lloyd Wright. 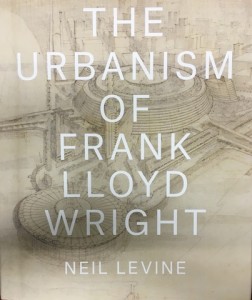 We received this new work on Frank Lloyd Wright by Neil Levine- and I thought it might be of interest to many of our patrons. Levine writes in his conclusion:

At the very least, one can say initially, in this brief conclusion, that Broadacre City proved to be but a deviation revealing its unique place in Wright’s urbanism as a polemical critique, purely theoretical construct, and sui generis proposition. Through its multiple case studies of designs for real conditions and sites, this book has shown how Wright’s urbanism was a broad-ranging, continually evolving effort to enrich city life that cannot and should not be reduced to an exceptional vision for a utopian agrarian world of rural-like existence. (pg. 385)

I will add that Levine heavily illustrates his work primarily with drawings from The Frank Lloyd Wright Foundation Archives. Included among the illustrations are two night perspectives- one of Point Park Civic Center and the other of the Madison Civic Center.  As I am not as familiar with the work of Wright, I was quite surprised by these beautiful illustrations.