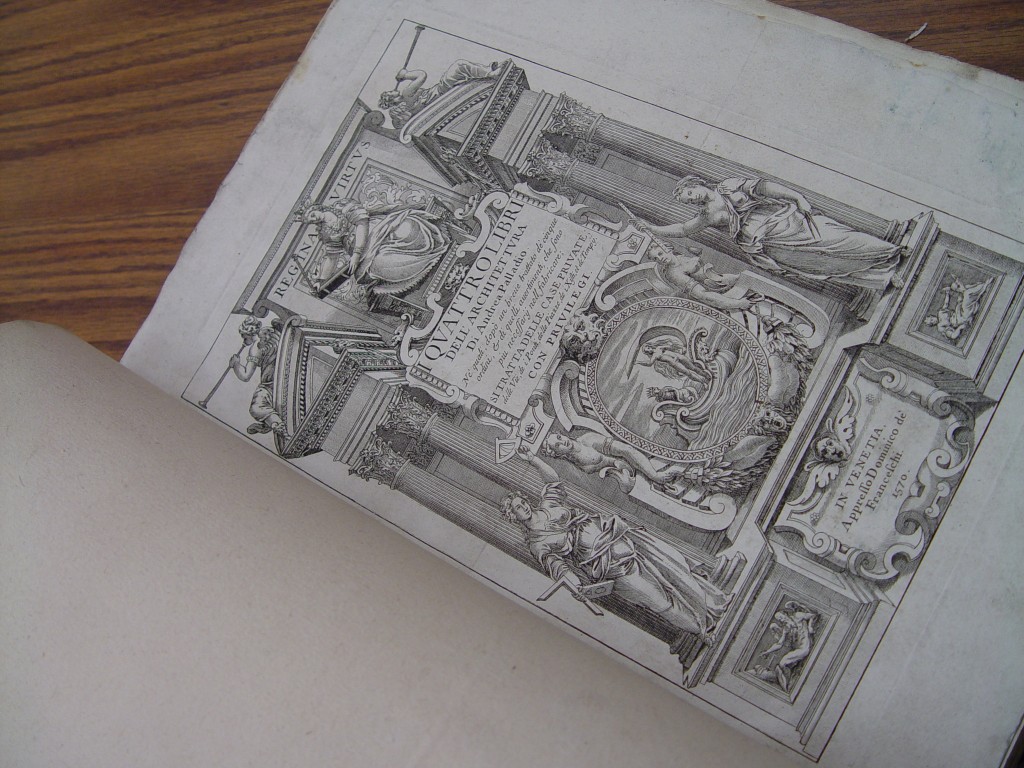 Published in four volumes beginning in 1570, I quattro libri dell’architettura is a treatise on architecture that outlines a systematic approach to building design and construction. This watershed tome, penned by Italian architect Andrea Palladio (1508-1580), is exemplary of the Renaissance preoccupation with antiquity, drawing heavily from extant Roman architecture and Vitruvius’ De Architectura to establish nine sets of rules that would guide design and construction. In the four books, Palladio addresses rules for construction and/or design according to type of architectural object and the role of that object in the system that would comprise the building whole. These objects serve to organize the text, with walls, ceilings, stairs, columns, doors, windows, frames, roofs and details receiving direct treatment as the architect prescribes appropriate material, function and style for each. 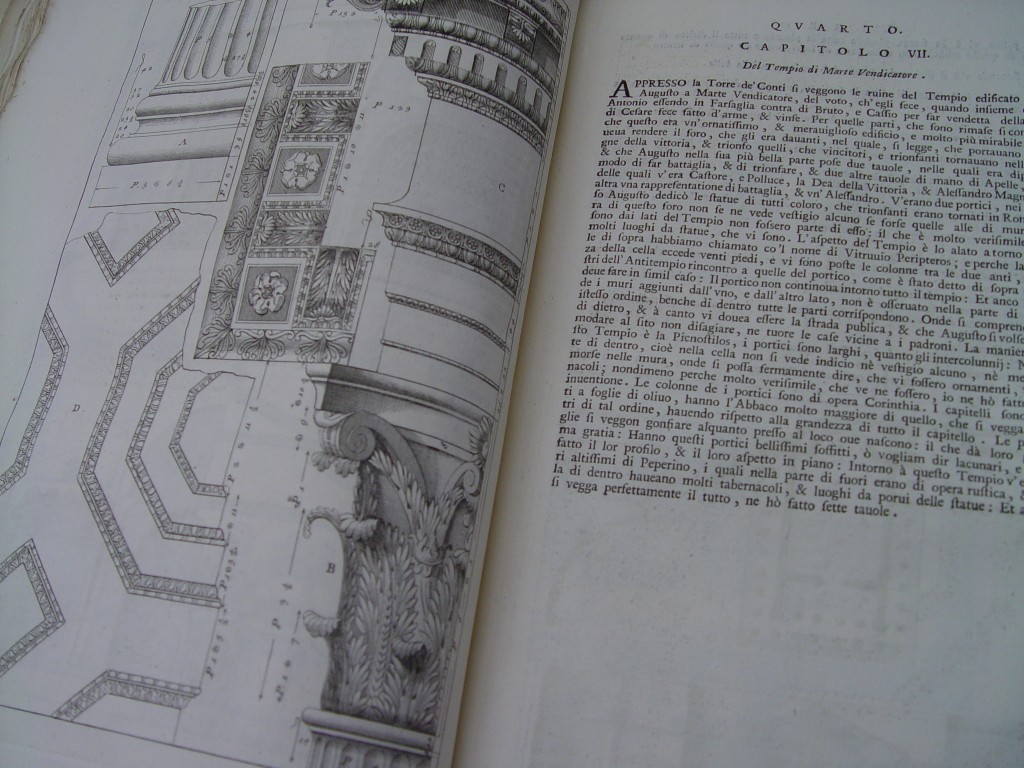 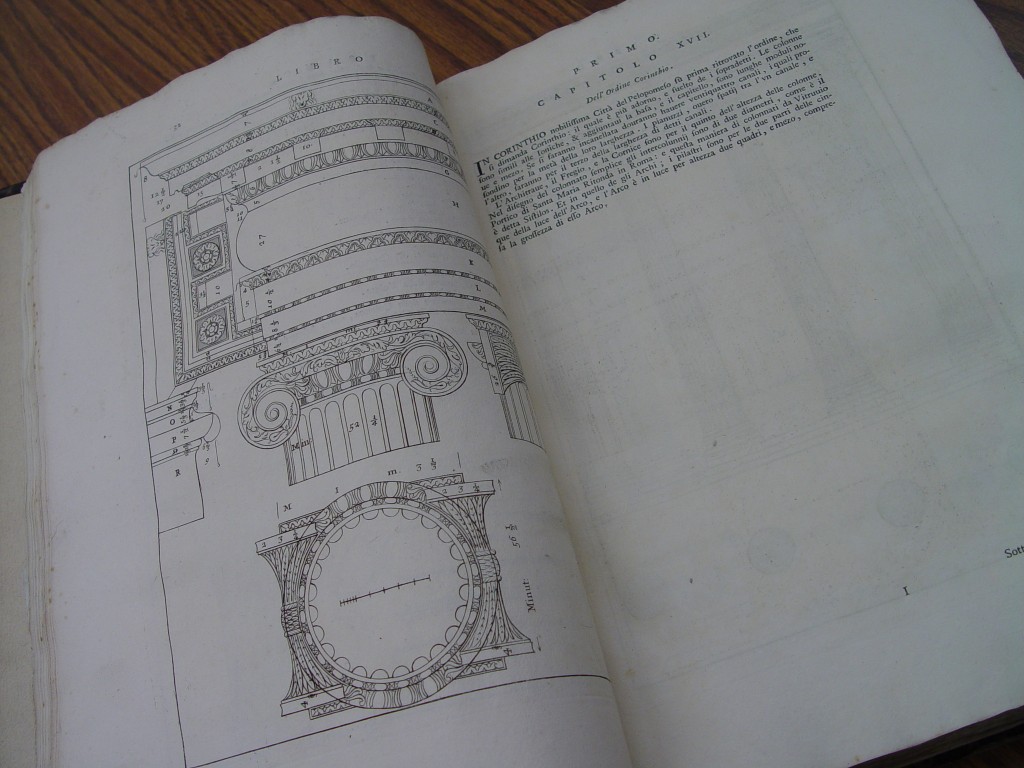