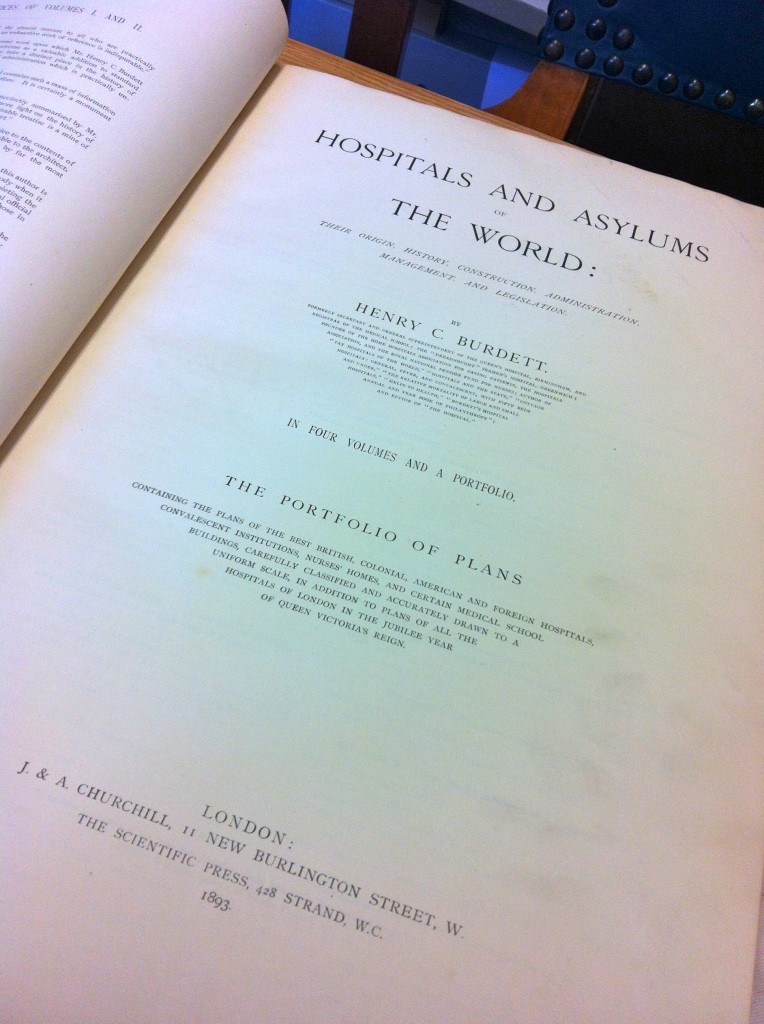 Hospitals and Asylums of World documents 19th-century plans for various convalescent institutions throughout the United Kingdom, British colonies including India and Australia, Europe and the United States. Over 100 plans document designs for various hospital typologies, including pavilion, block and corridor hospitals as well as the creatively titled “heap-of-buildings” type. Additional sections organize hospital plans by function such as treatment of infectious disease, cancer, etc. or convalescence through sea-bathing, mineral water or homeopathy, and by patron type such as children’s, women’s, and military hospitals as well as those designated for treatment of the poor. Medical schools, nursing homes and out-patient facilities are also documented.

Though perhaps an unlikely commemorative platform, Hospitals and Asylums of the World, which was published in 1893, assembled plans for all the hospitals of London in anticipation of Queen Victoria’s Diamond Jubilee. 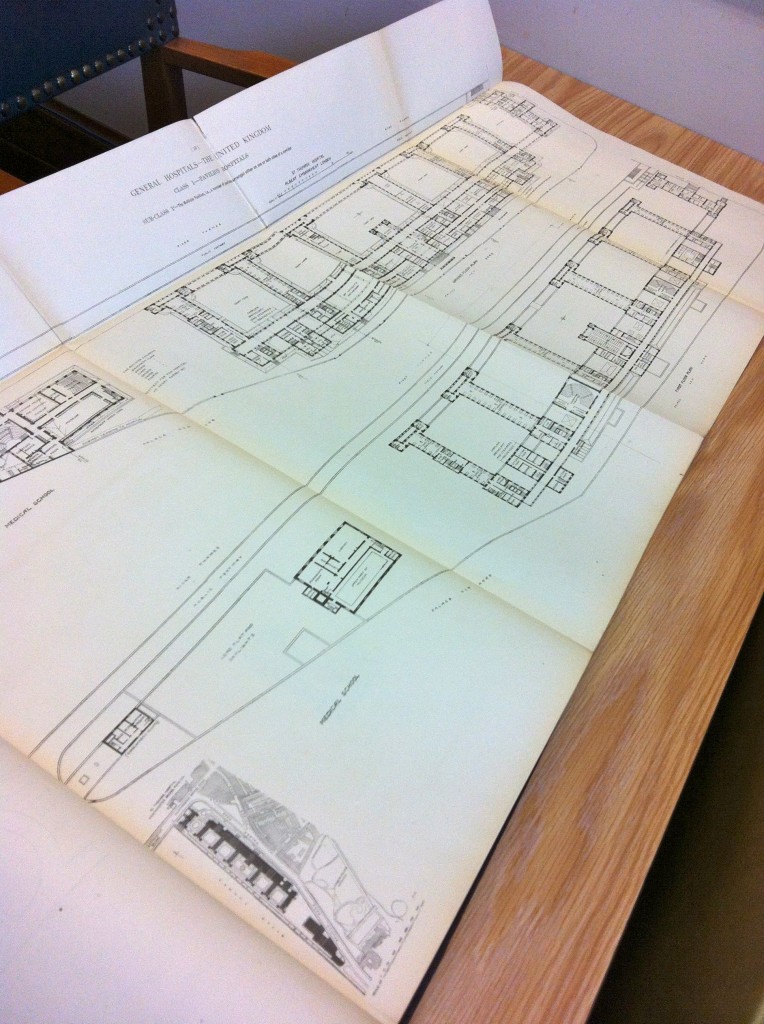 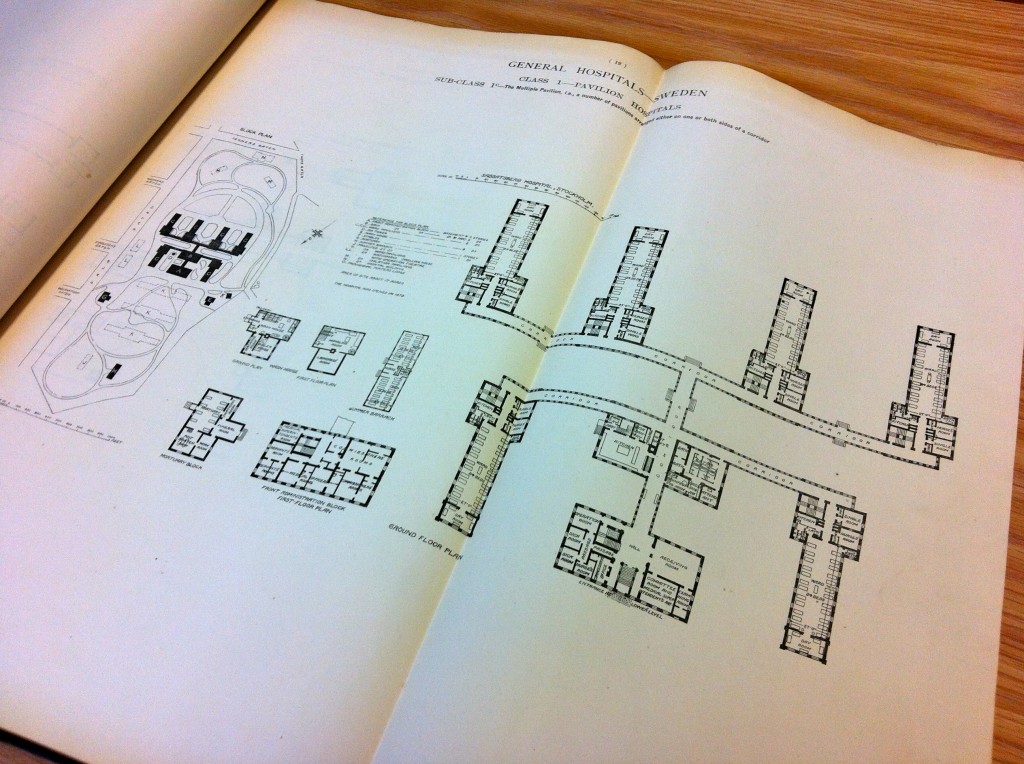