We’ve got so many great new books this week, it was hard to choose! Here are three I didn’t want to put down:

The Air From Other Planets: A Brief History of Architecture to Come by Sean Lally is an intriguing discussion of the future of architecture as the design of energy. In the introduction Lally asks “Instead of thinking of architecture as a mass of inert and ossified energy–even stone and steel were not always solid masses–standing as walls in opposition to their surroundings and carving out interior space, why not look to intensify those very energy systems we know are capable of creating microclimates and distinct ecosystems so as to make them architectural materials in themselves?” (p14).  This book is a great read for anybody interested in interactive design.

Superkilen: A Project by Big, Topotek 1, Superflex edited by Barbara Steiner takes the reader through the design and construction of the multi award winning one kilometer long urban space located in an ethnically diverse neighborhood of Denmark. This book includes interviews with architects and residents, plans, maps, drawings, photographs, and an index of objects used in the project. Superkilin is sure expand your perception of the possibilities of public spaces.

Spa-De: Space and Design 19 published by Artpower is a fun source of inspiration for your next design project.  This book covers design projects from Europe, North America, and Australia completed in 2011 and 2012. Projects are presented in three sections: “Lighting Graphics,”  “Elaborately Designed Food Shops,”  and “World Spatial Design.” The beautiful large color photographs, site plans and elevations are described in Japanese and English.  Some of my favorite projects from the book are pictured below. 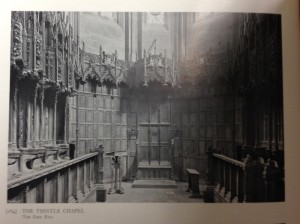 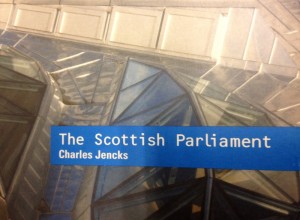 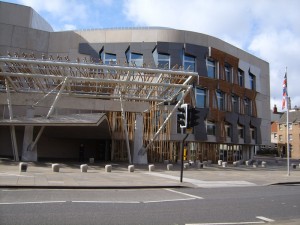 When you visit the Architecture & Planning Library be sure to check out the New Books table immediately to the right of the circulation desk.  There is always an interesting mix of books guaranteed to provide  inspiration and information for your next project.  Here are some of my favorites this week:

R. Buckminster Fuller: World Man edited by Daniel Lopez-Perez contains the original typescript of “World Man,” the Princeton University School of Architecture Kassler Lecture Series Inaugural Address delivered in 1966 by R. Buckminster Fuller, accompanied by photos, notes, clippings, and blueprints. Fuller was arguably one of one of the most prescient and influential architectural theorists of the twentieth century and this book  documents some of his creative output at a very interesting point in his career. (Extra points to the editors for use of a nice variety of archival materials!)

Culture, Architecture and Nature: An Ecological Design Retrospective by Sim Van der Ryn is a collection of Van der Ryn’s essays and addresses from the last fifty years arranged by decade, which  allows the reader to understand the progression of his design philosophies as well as key concepts in the field of ecological design. The book is also beautifully illustrated with a selection of Van der Ryn’s paintings.

Kinetic Architecture: Designs for Active Envelopes by Russell Fortmeyer examines new developments in architectural facades that respond to the flow of energy that affects the comfort of people within a building. Dynamic facades from twenty-four recent projects in North America, Europe, Asia, and Australia are beautifully documented with photographs, site plans, elevations and sections.

The silence entered the city in the early afternoon. It slipped through the turreted, battlemented gates, occupied the loggias arch by arch, flowed along the streets grazing the walls, huddled against the embankments, filled the ramparts.

Italo Calvino’s short essay, “Silence and the City”, is included in the work on the paintings of Fabio Bortottoni (1820-1901). The sentence quoted above opens both the essay and the larger work. After a passage describing the fall of silence across the city, Calvino describes the material of silence.  He writes:

Silence is made of stone; it is something that is inside walls, in building materials. It is the living of a masonry world, all facades, rough and smooth, rusticated, stuccoed. Silence is a solid: it speaks through volumes, edges, outcrops, and niches in the surfaces, through tympana and apses. It expresses itself in the multiple facets of those opaque crystals, the concretions of buildings in the taciturn cities. Those who attempt to make walls talk by sticking written words onto them have missed the whole point of walls: walls express themselves in the long silences of light and shadow that fall on their uniform surfaces, in the blind stare of rows of windows. (pg 14-15)

Through the lens of Calvino, the reader comes to the paintings of Borbottoni. One cannot help but feel that Calvino’s silence has befallen the city of Florence. Borbottoni included figures in many of his paintings; however, it is the mass of the buildings, the light and shadow that dominate the paintings. Even in the busy markets, there is a quietness among the people.

According to Fanelli, Borbottoni hoped to document the lost and changing fabric of the city of Florence with his 120 paintings. Fanelli argues, however, that these images are not accurate representations of the city. Borbottoni used various documents to create paintings for the no longer extant structures. Even with those buildings or parts of the city that he would have known first hand, Borbottoni used artistic license. Fanelli concludes, “Together the pictures in the collection constitute a long tale of lights and shadows.” (pg 19-26)

For those interested in the architecture and the city fabric of Florence, the two volume set would be most useful so long as one follows Fanelli’s cautionary remarks. And for those that are not, Borbottoni’s works are beautiful studies of light, shadow, and silence.

Neue Ideen für Dekorative Kunst und das Kunstgewerbe is part of the Martin S. Kermacy Collection. Martin Kermacy was a  professor at the Architecture School at UT from 1947-1983. The collection reflects an interest in the Vienna Secession and Jugendstil. According to Oxford Art, Arnold Ernest Lyongrün falls into the latter art movement.

Lyongrün created of a series of twenty-four monochromatic plates of blues, greens, and browns.  Each plate mixes natural motifs of various species of plants and animals, whether real or fantastic, with human figures and stylized decorative patterns. The layout of the plates appears symmetrical; however, upon closer observation the decorative patterns are in conflict with the perceived symmetry.  Lyongrün invites careful study of his motifs. What the eye initially takes in as pattern yields many delights and surprises. Looking upon the plates reminds me of the Book of Kells or other similar medieval manuscripts, though the style and intent are different. It will be quite difficult to choose which plates to share!