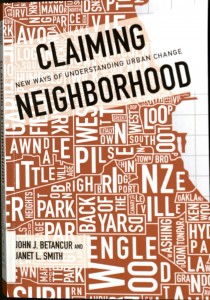 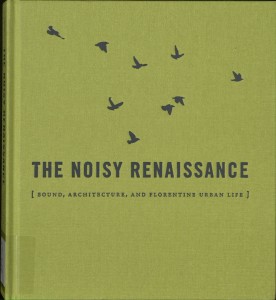 For the past seven years, UT’s School of Architecture has been posting videos of lectures, forums, and other presentations hosted by the school to their dedicated Vimeo page. The turnaround is superb; many events held just this fall, like a talk given in October by alumnus Craig Dykers of Snøhetta, are already available online for anyone who missed them, whether for reasons geographical (hard to find a cheap flight from Oslo) or spatial (they simply couldn’t find an open seat in the packed lecture hall).

For the past three years, we at the Alexander Architectural Archives also have been working (until now behind the scenes) to provide online access to past School of Architecture events, albeit from a different, earlier era, when programs were recorded on audio cassettes instead of HD video. Cassette tapes, unfortunately, are a notoriously unstable storage medium. Their magnetic tape is particularly susceptible to degradation through processes like acid hydrolysis. So, since 2013, we’ve been collaborating with Digitization Services at UT’s Perry-Castañeda Library to digitize a collection of approximately two hundred cassette recordings of interviews and public lectures given at the School of Architecture during the 1980s and 1990s by prominent architects and architectural historians from both the United States and abroad, including AIA Gold Medalists Ricardo Legorreta, Charles W. Moore, Glenn Murcutt, and César Pelli, among others.

Once reformatted, we review all the audio to capture index terms like persons, places, subjects, and architectural buildings and sites mentioned by speakers so that when the digital files are uploaded to Texas ScholarWorks, UT-Austin’s institutional digital repository, keywords and other descriptive metadata can be added with the files to facilitate search and discovery of the recordings. The audio review process can be arduous, as the original recordings, many of which were of slide lectures, have neither transcripts nor listings of images. Often we must ascertain, through minimal verbal description, which building an architect might have been talking about at a given moment during a lecture, even though someone in the audience at the time would have known immediately simply by looking at the slide being shown.

So far around one hundred of these cassettes have been digitized. Of these, we’ve currently ingested digital versions of over twenty-five of these historic programs (each program might have several .mp3 files associated with it) into Texas ScholarWorks. Anyone with a University of Texas EID can sign in and download and listen to them. (The collection can be browsed and bookmarked here: https://repositories.lib.utexas.edu/handle/2152/43672) We also encourage outside researchers who don’t have immediate access to contact us (apl-aaa@lib.utexas.edu) should they want to listen to any particular recording, which we anticipate they will. To read secondary literature about Fay Jones, for instance, is one thing. To listen to his understated, gentlemanly Arkansan drawl reveal the inspiration behind some of his most cherished and sublime of works—how, say, Thorncrown Chapel winks at Sainte-Chapelle—is incomparably more beguiling.

Southern Architect and Building News is not a traditional Friday Finds – I did not discover it this morning by wandering around in Special Collections. I have been working with this journal run for about a year now seeking funding to have the collection digitized. The challenge with SABN is that the content within the issues has never been indexed. While a patron might be able to find a record of the journal in the library’s catalog, a patron must search through the physical journals to identify any content that might be relevant to his/her research. With that in mind, I am going to share interesting bits of information that I find in SABN from time to time to raise awareness regarding its useful and interesting content.

Flipping through the issues from November 1912 to October 1913, I noticed that Texas architecture and architects were well represented with an emphasis on Dallas and San Antonio. One of the notices that stood out, however, was a short passage about lifting the restriction on wooden shingles in Jackson, Mississippi. The notice reads:

Jackson Can Use Wooden Shingles.

The Jackson, Miss., city council has repealed the ordinance requiring all buildings erected in that city to be roofed with metal or slate. The ordinance originally adopted, after being held up for a year, went into effect two months ago, but there was such strong opposition to it, it has been finally repealed. The opposition contended that it was a detriment to the erection of cheap homes and that its enforcement was to take away the demand for a natural forest resource manufactured in that city. (Southern Architect and Building News 30.1 (1912): 39)

SABN’s content was ever evolving as the journal shifted from trade publication to professional journal. During the 1910s, the journal often included notices about building practices, architects, contractors, suppliers, and new construction underway across the South. While the Jackson, Mississippi notice may seem innocuous it provides context for the use of specific materials for construction in Jackson during the early twentieth century. If the material was digitized with full text search capability, notices like this one could more easily be discovered by researchers.