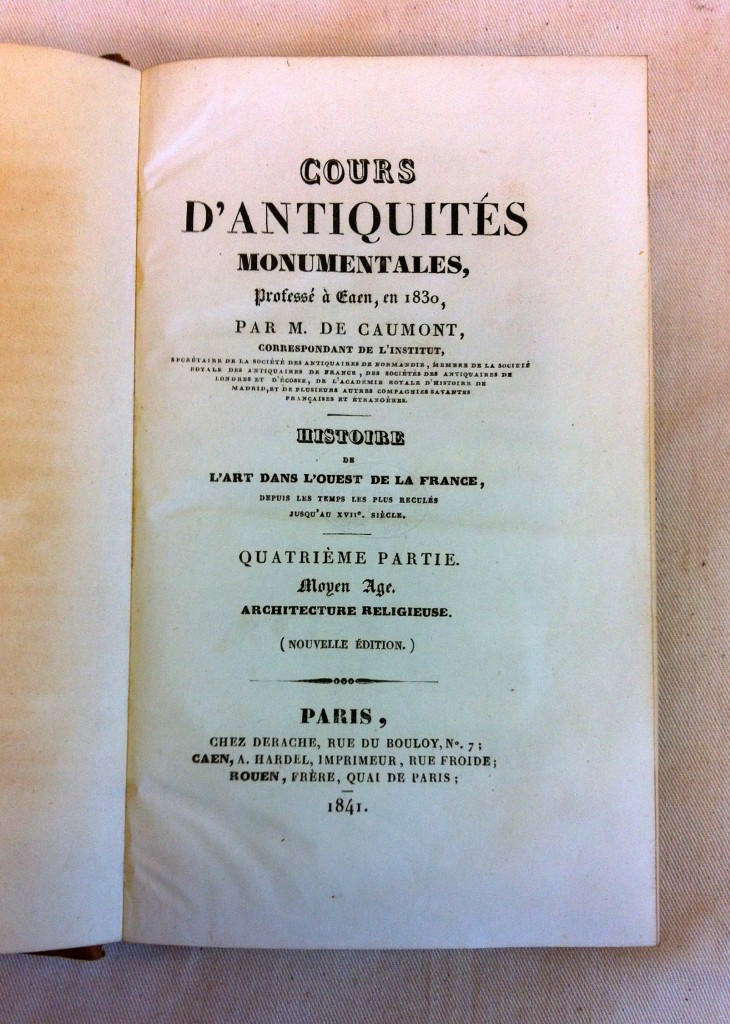 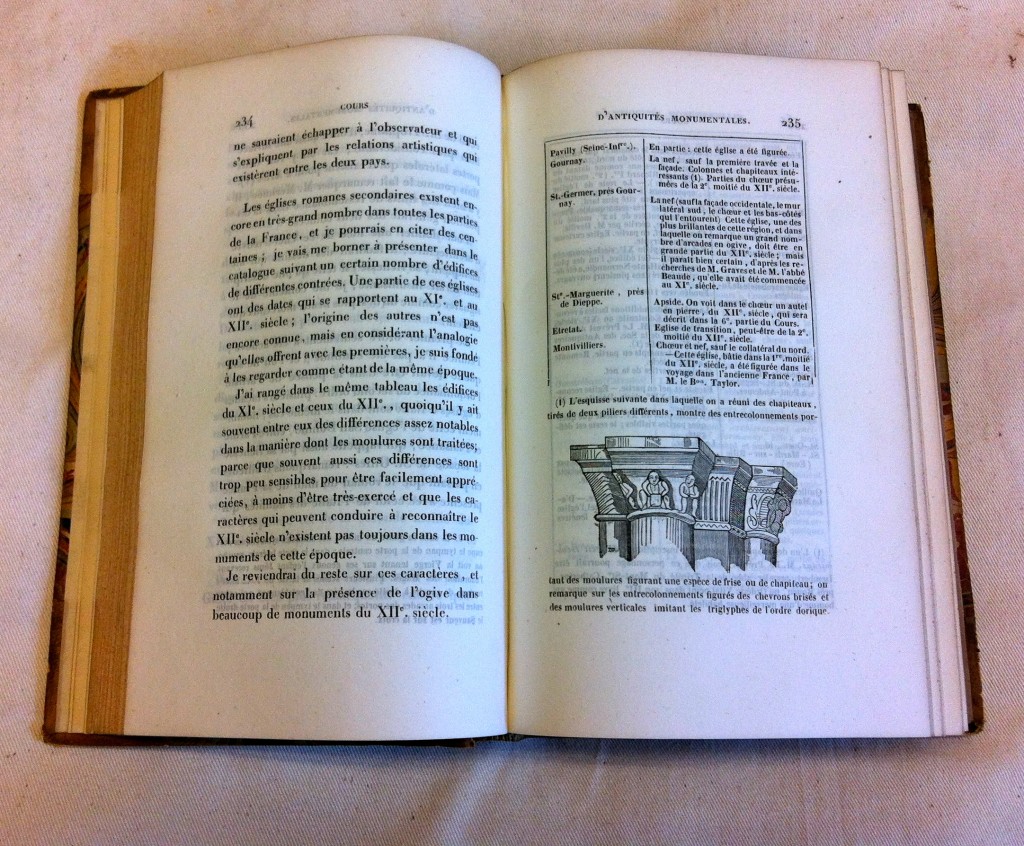 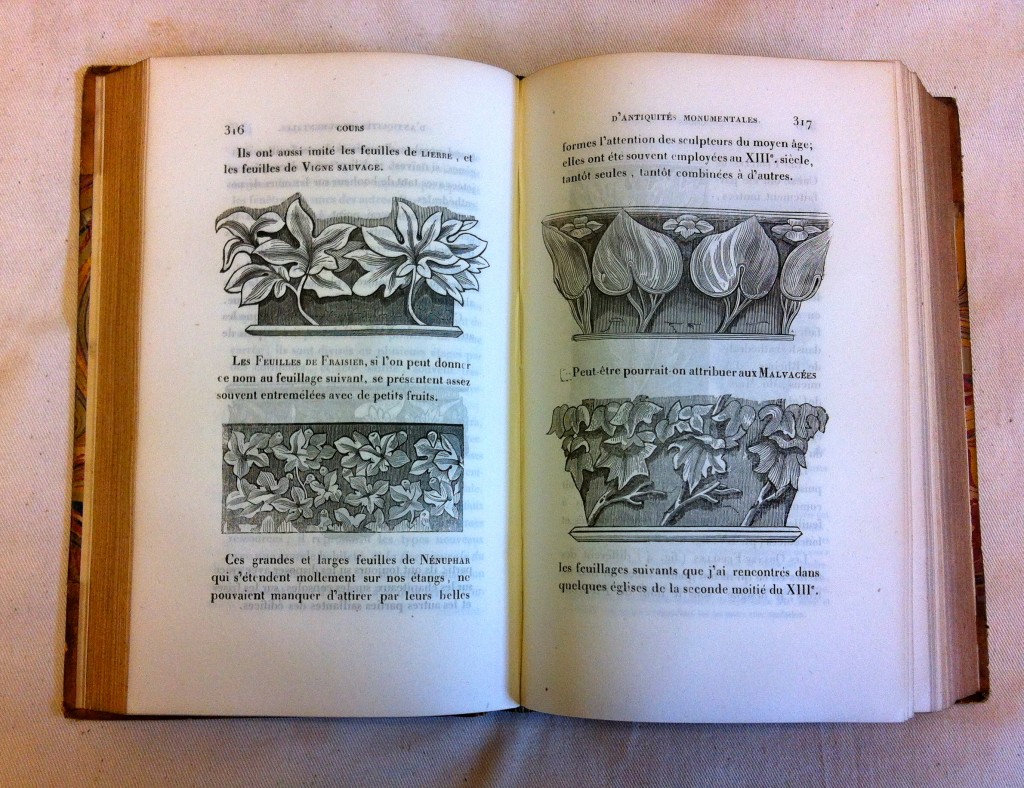 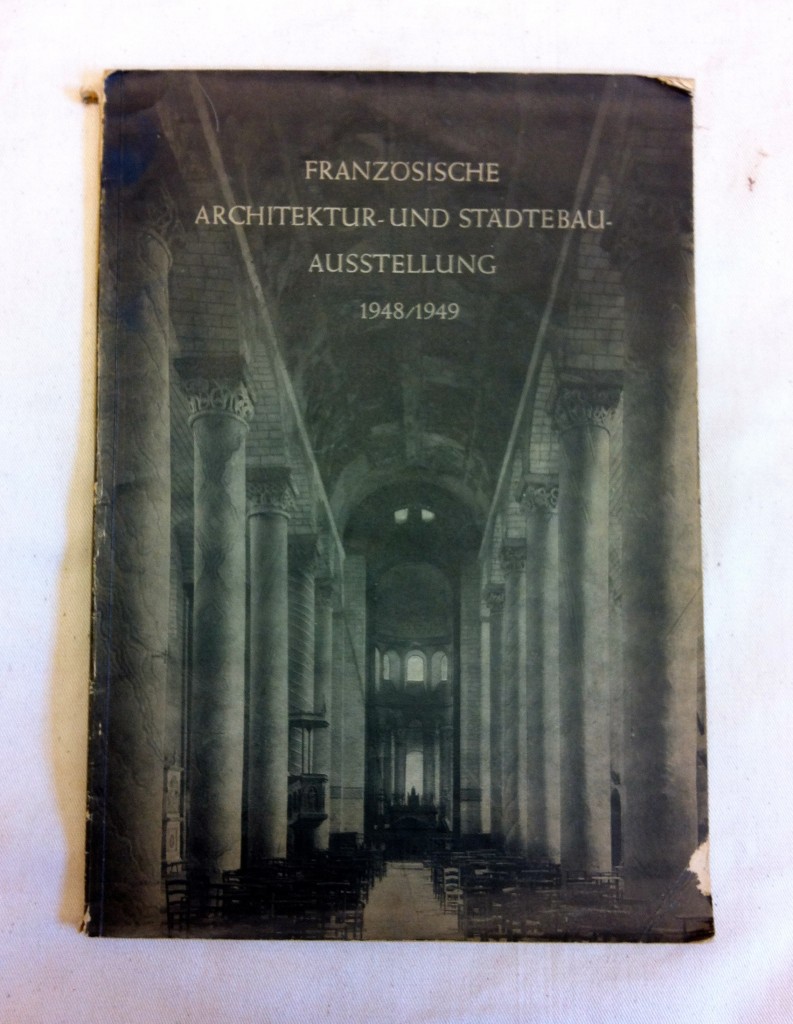 In 1948 and 1949, the French Bureau de l’Expansion Artistique Commandement en Chef Francais en Allemagne sponsored a traveling exhibition of French architecture in Germany. Produced through the participation of “Technique et Architecture” editor-in-chief André Bouxin, the complementary Französische Architektur- und Stadetbau-Ausstellung, 1948/1949 documents the full scope of the exhibition which examined French architecture from the medieval period forward focusing specifically on contemporary design and construction practices. The catalog includes a number of photographs of buildings, construction details, models and plans as well as essay contributions from well known architects including Le Corbusier and August Perret who celebrate the architectural practice and discuss the responsibilities of the profession in the contemporary era. 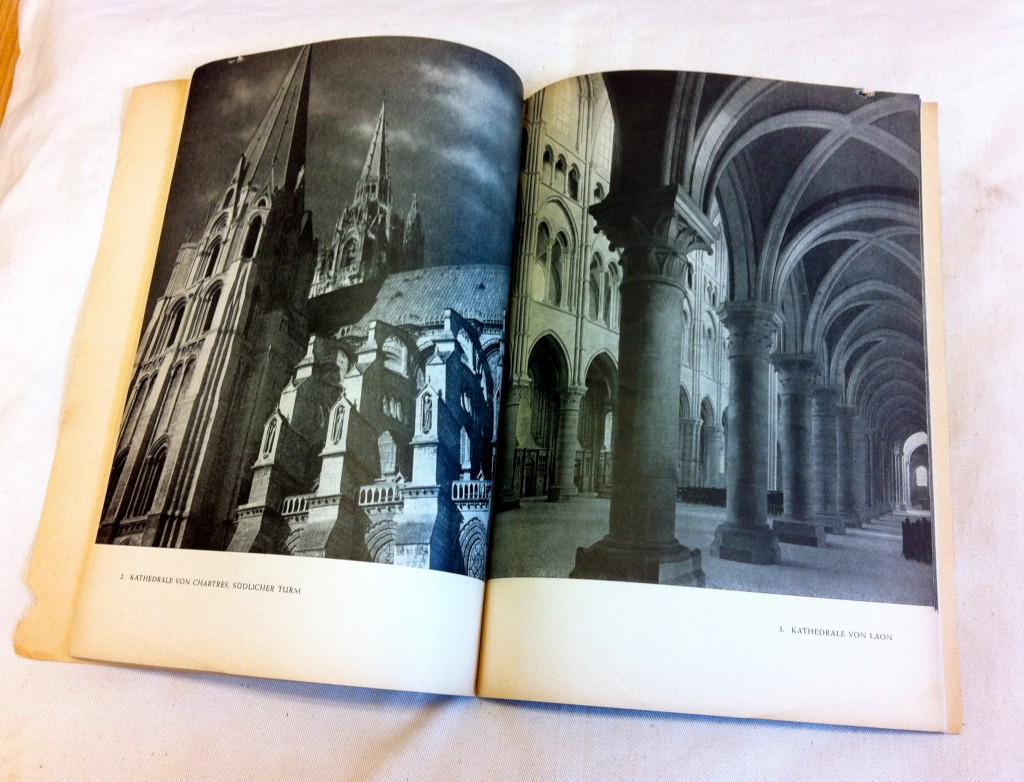 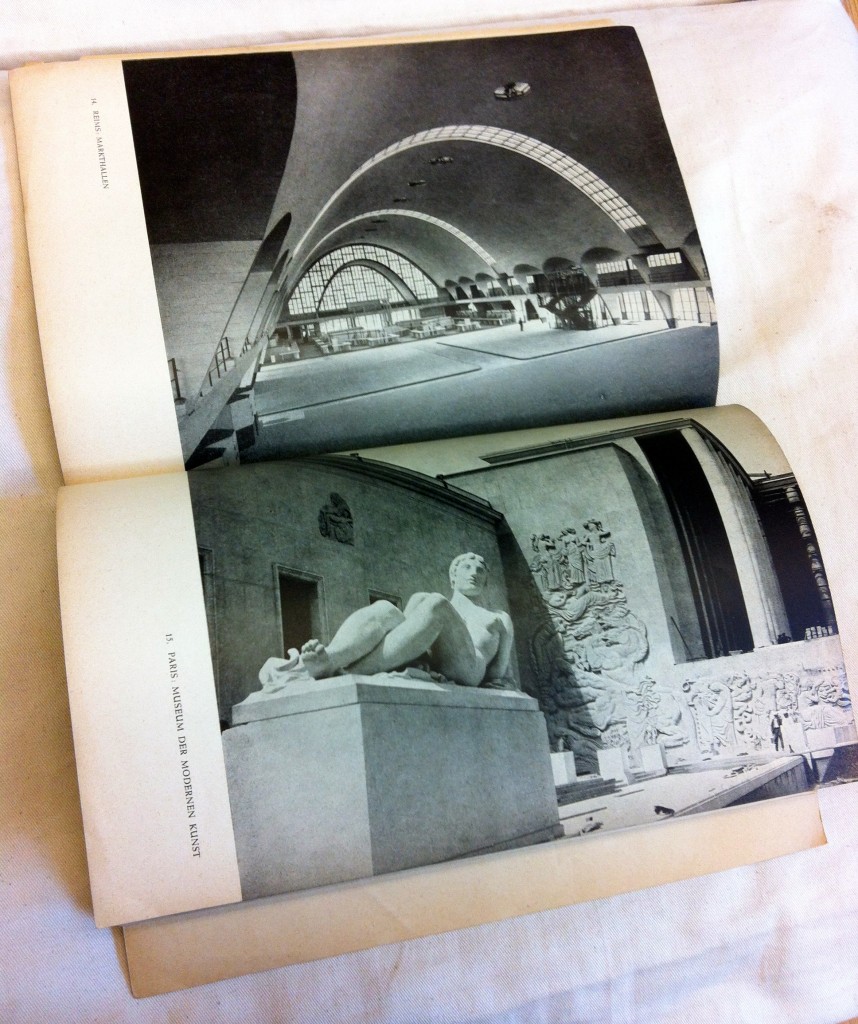 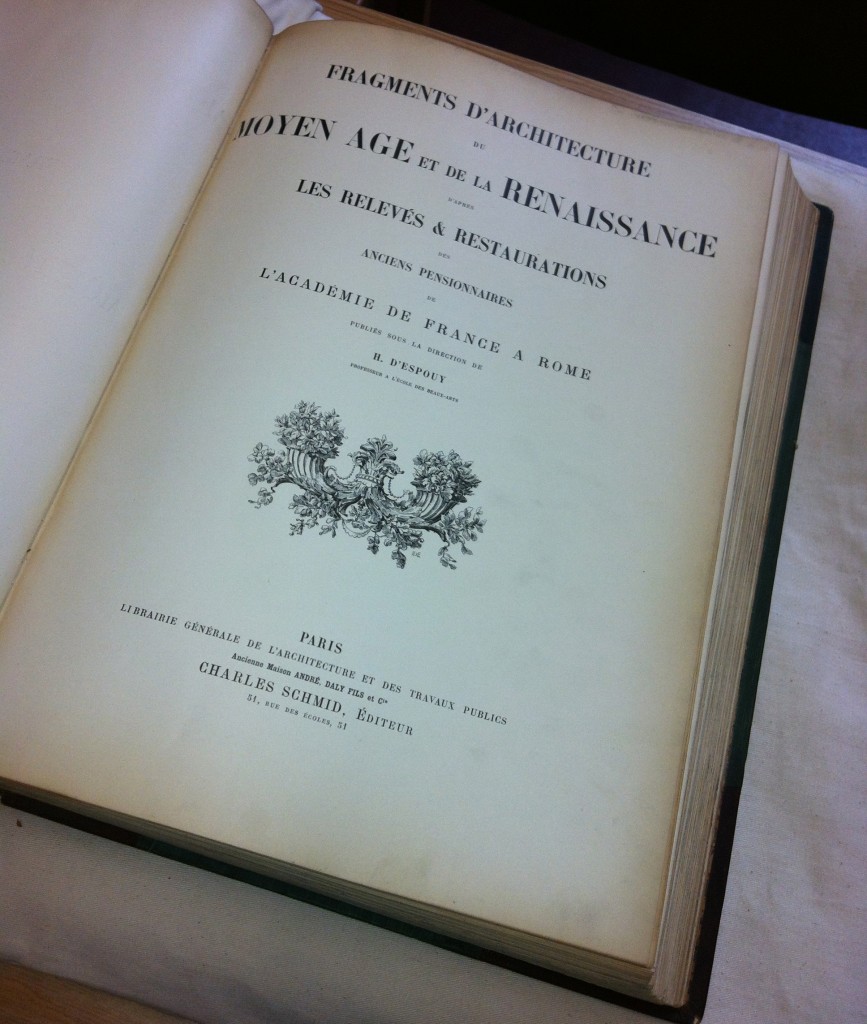 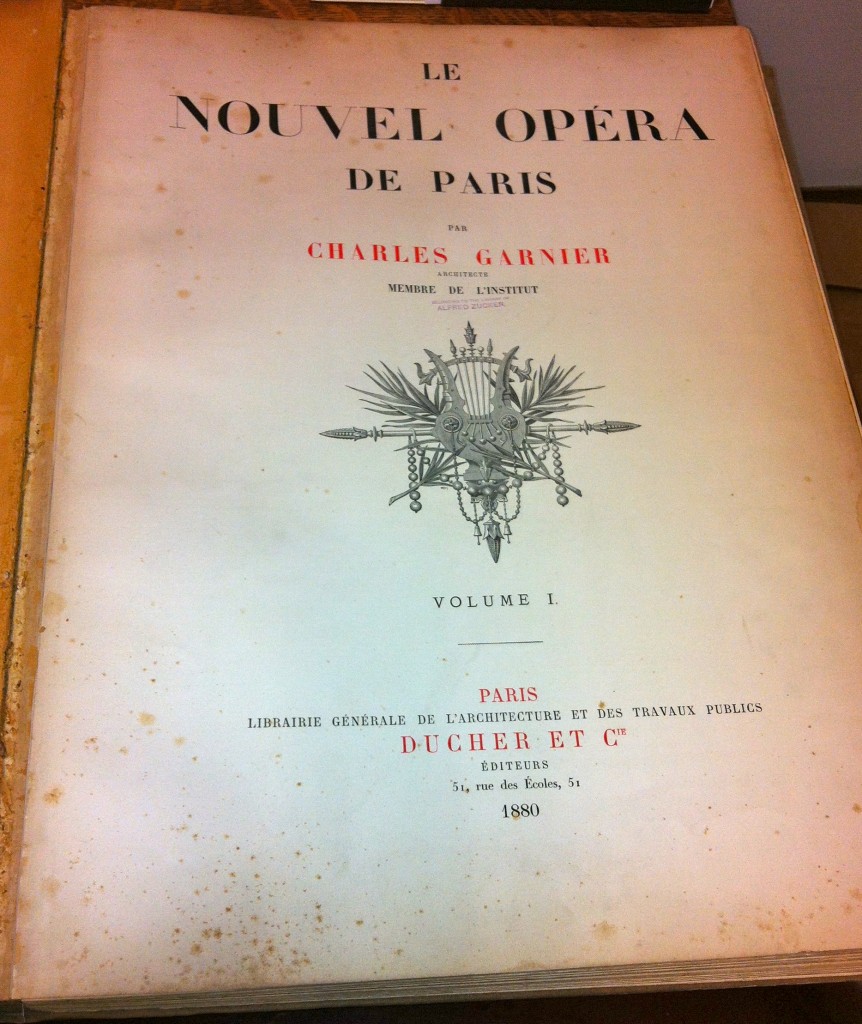 Le Nouvel Opéra de Paris is a two-volume monograph containing over 100 plates documenting Charles Garnier’s plan and design for the beaux-arts opera house. Assembled by the architect, Le Nouvel Opéra de Paris celebrates the building’s intricate orchestration coalescing technical drawings including plans, sections and details along with black-and-white and color renderings to present a comprehensive dossier. Though the façade and interior rooms receive the most comprehensive treatment, certain more rudimentary elements are also highlighted including windows, staircases, and even house seating. 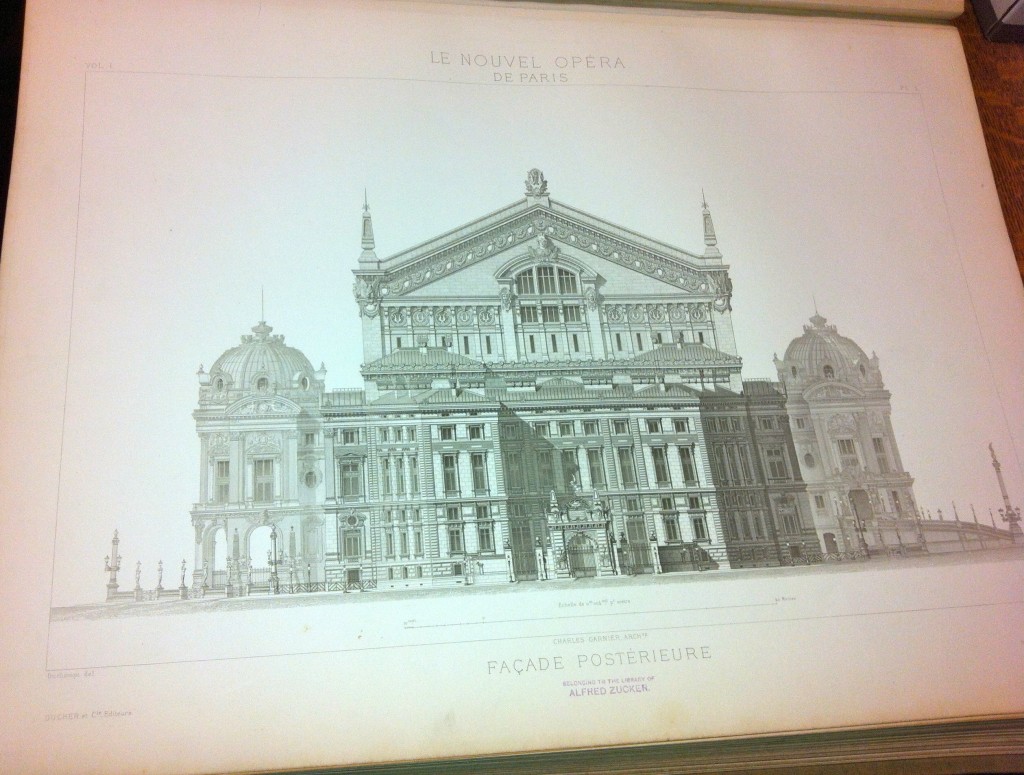 On the whole, these materials construct a macrocosmic image of the theater. Nevertheless, they appear complete with those finer articulations that render the structure in situ so arresting. This is especially true upon examination of the color plates where saturated contrast distinguishes individual building components from the whole. 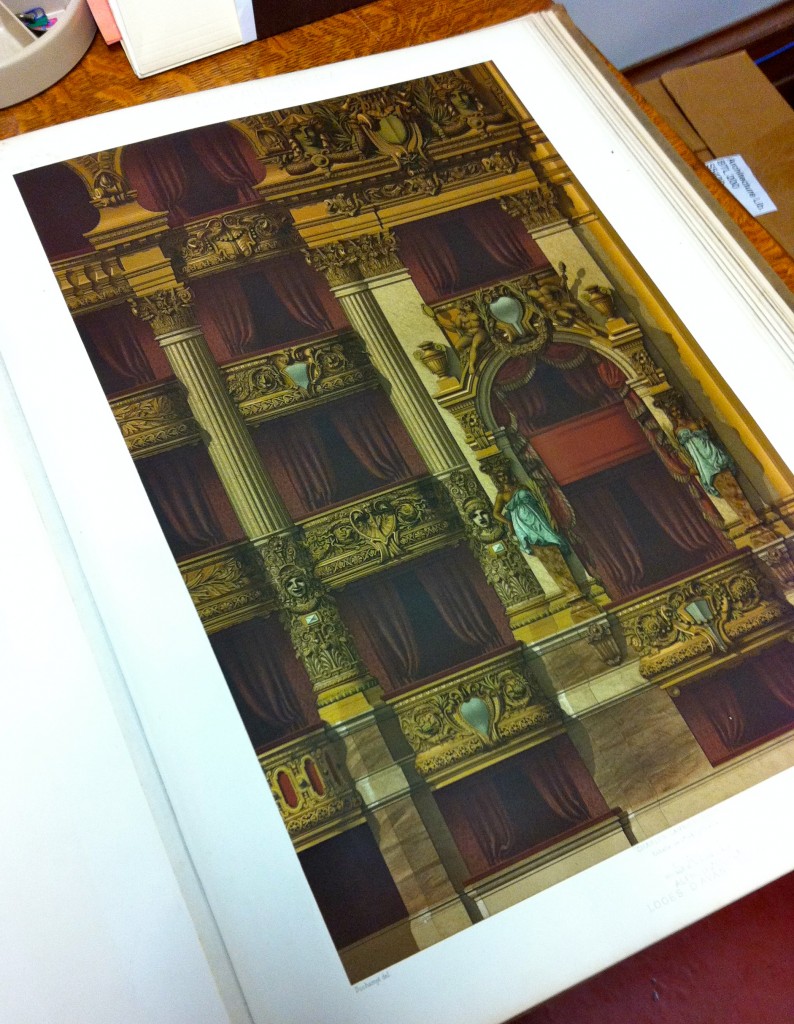 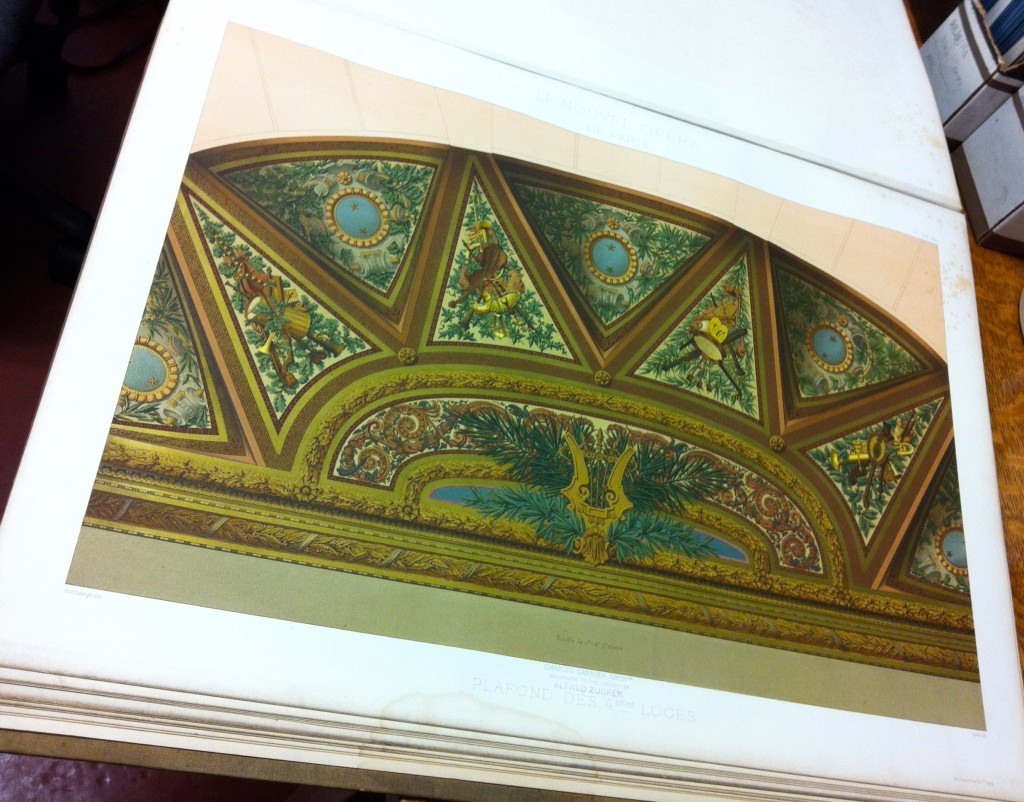 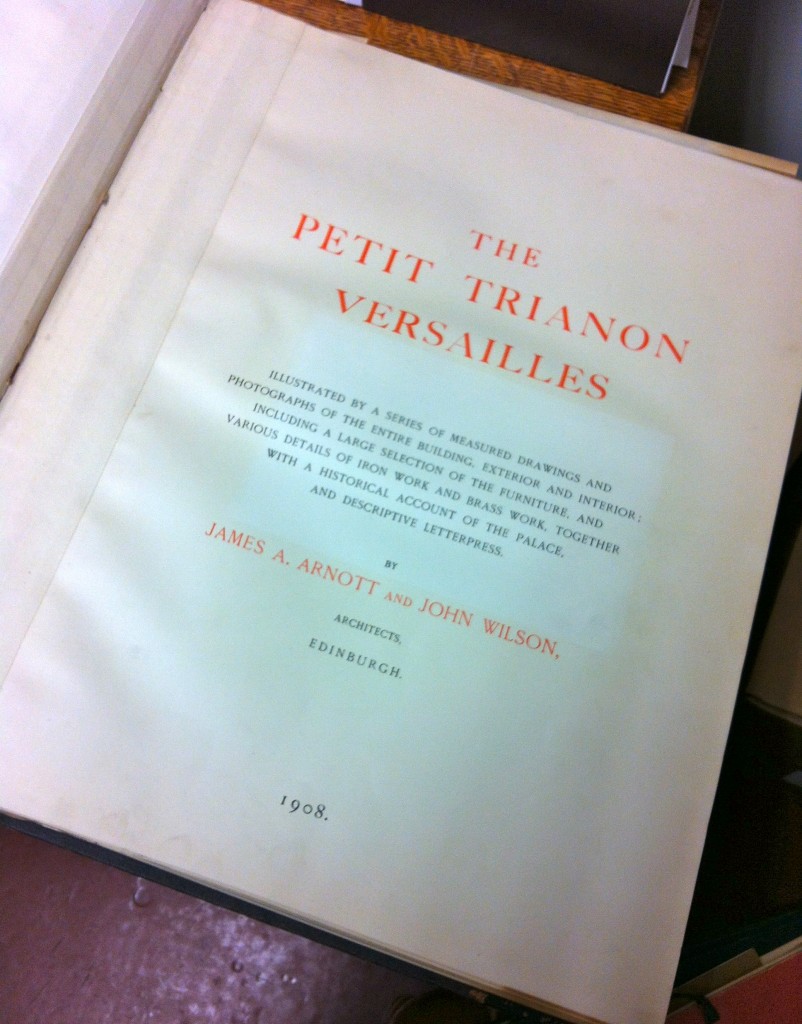 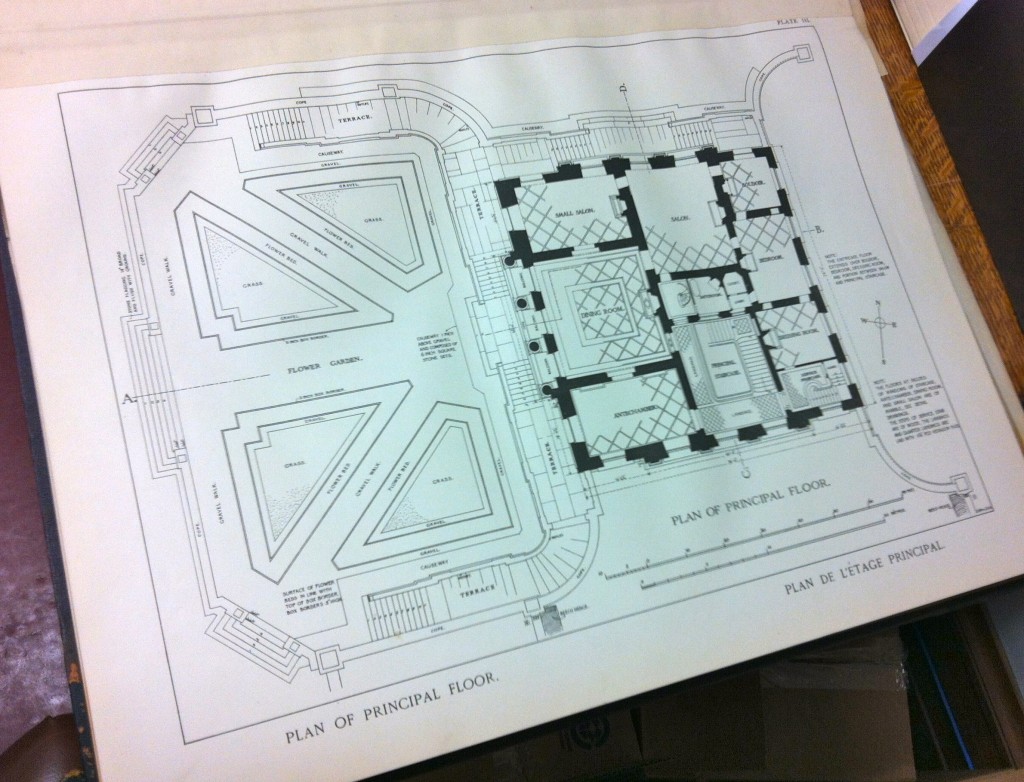 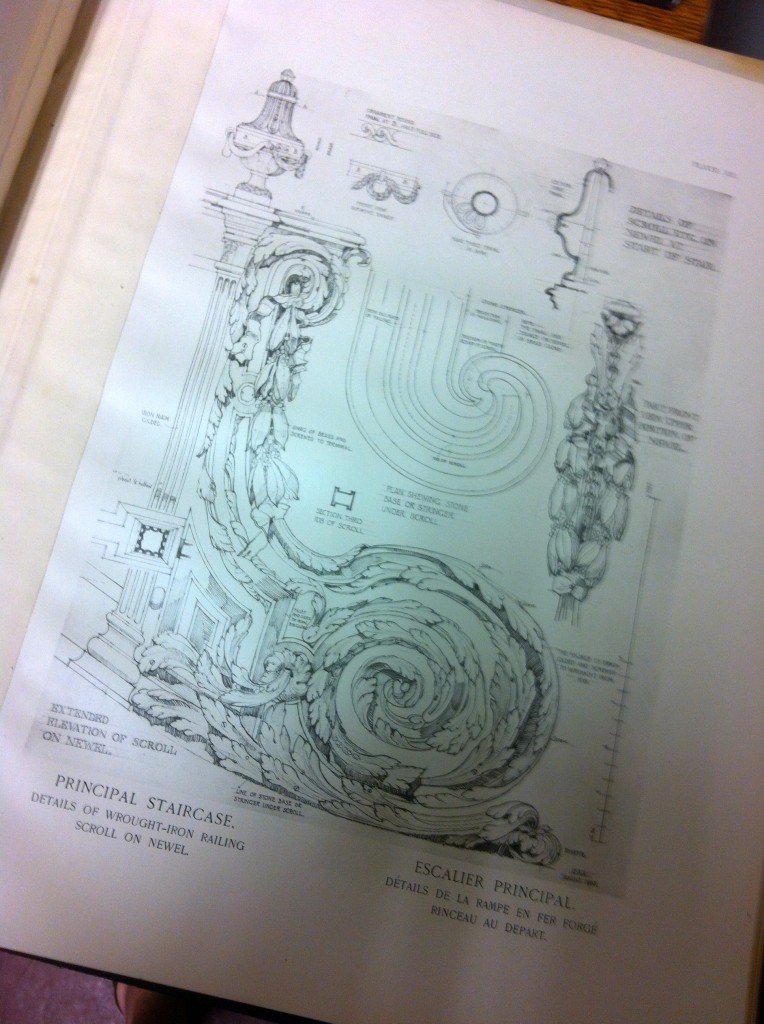 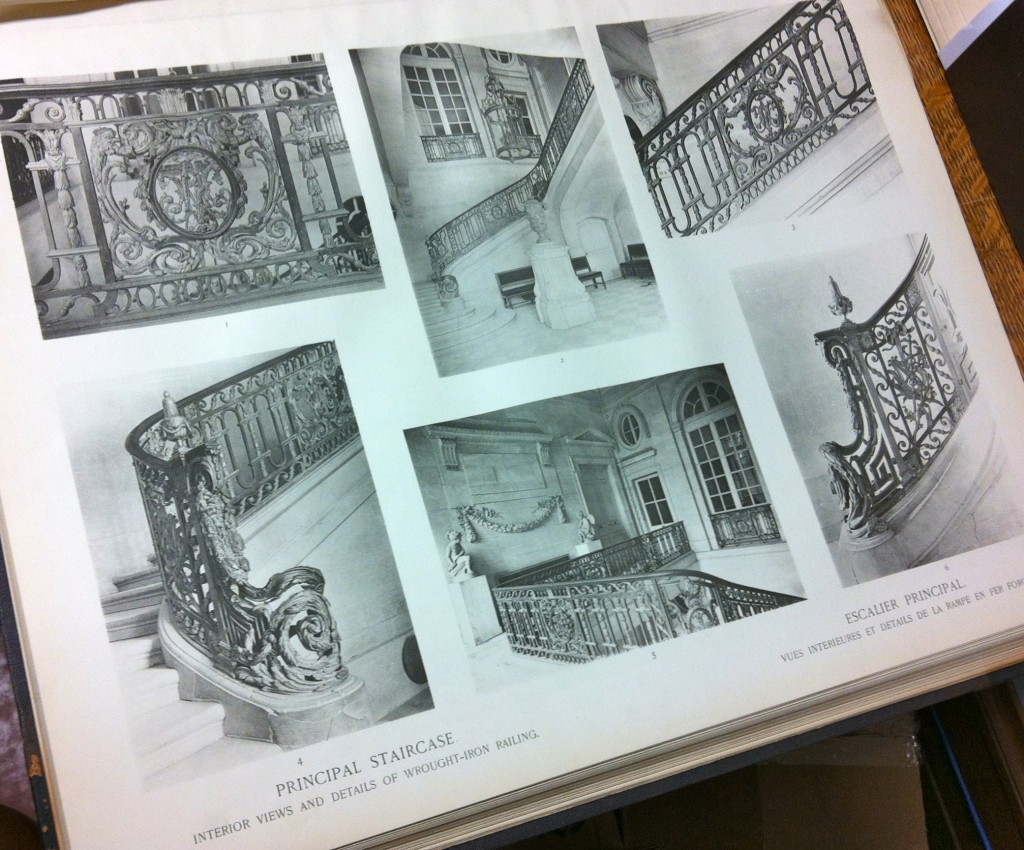