Last week I was able to sit in on the studio lotteries to hear about all the classes that will be taught this semester in the School – I am a little jealous that I cannot take some of them myself! While reviewing the new books this morning, I discovered that two of our recent arrivals may be of interest to two of the studios – Wilfried Wang’s studio on Berlin and Margaret Griffin’s studio on tower design in LA. 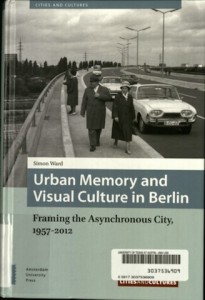 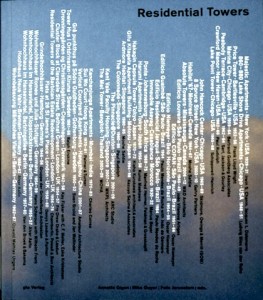 I will keep an eye out for other new arrivals that may be valuable to the work done in the studios throughout the semester. If you need help locating a resource or would like to request a purchase for material we do not have, please feel  free to stop in or drop us a line. 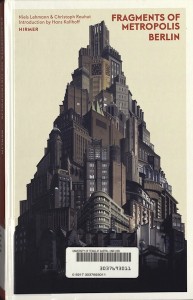