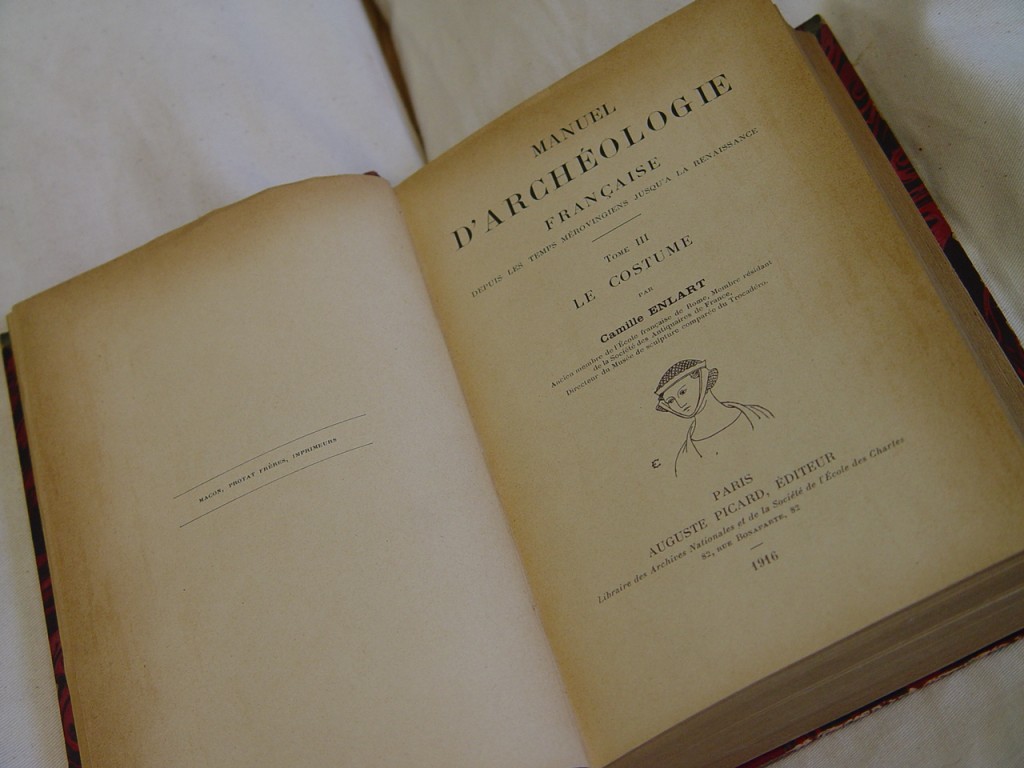 In his final installment of Manuel d’Archéologie Française, Camille Enlart relies heavily upon visual sources including paintings, drawings, sculptures and artifacts to produce a chronological analysis of medieval dress and style. In the introduction, Enlart establishes himself within the contemporary academic milieu, citing contributors to the study of French dress while distinguishing himself as a more deliberate scholar. He expands the traditional chronological framework and fastidiously collects and cites sources, exemplifying the turn-of-the-century trend toward positivism. He also constructs a detailed index that not only links significant terms to relevant discussion within the book, but also assists the reader in organizing these terms, understanding their meaning, and situating them in their historical context. For Enlart, the scientific method affords a greater opportunity to effectively discern and communicate new meaning from familiar material.