Biography, Identity and the Modern Interior edited by Anne Massey and Penny Sparke is a collection of essays that consider the historical insights that can be gleaned from investigating the lives of individuals, groups, and interiors. The authors use case studies to explore the history of the interior as a site in which everyday life is experienced and the ways in which architects and interior designers draw on personal and collective histories in their practice.

Bachelors of a Different Sort: Queer Aesthetics, Material Culture and the Modern Interior by John Potvin examines the ambivalent and uncomfortable position bachelors have held in society by considering the complicated relationships between the modern queer bachelor and interior design, material culture, and aesthetics in Britain between 1885 and 1957. The author discusses the interiors of Lord Ronald Gower, Alfred Taylor, Oscar Wilde, Charles Shannon and Charles Ricketts, Edward Perry Warren and John Marshall, Sir Cedric Morris and Arthur Lett-Haines, Noël Coward and Cecil Beaton.

Ron Arad: Another Twist in the Plot with text by Anatxu Zabalbeascoa is the catalog from a 2013 exhibition of the work of architect and designer Ron Arad, that includes photographs and sketches of some of his most iconic works as well as several mock-ups and architectural projects. Arad considers himself to be a self-taught designer with an approach to form and structure based on freedom from tradition and convention.  ‘The principle is that everything should be based on something that didn’t exist before’, says Arad. 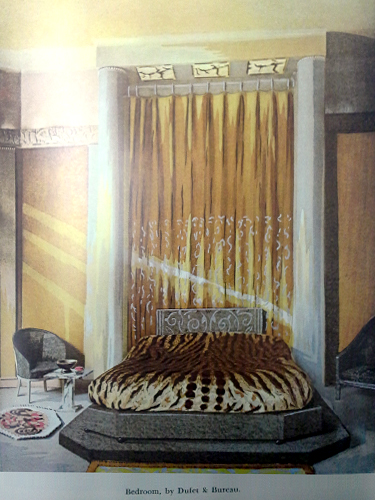 Sometimes the images in a book are too good not to share with a wider audience! That is definitely the case with Art Deco Interiors in Color by Charles Rahn Fry (1943-1990). Filled with 62 watercolor drawings, Art Deco Interiors in Color showcases important and rare illustrations from several French design portfolios of the 1920s. The author, Charles Rahn Fry was a founding member of the Lenox Society of the New York Public Library and a fellow of the Morgan Library. He was also an avid collector of pochoir, a hand-colored stenciling method that flourished in France at the turn of the century. Many of the book’s plates were produced by this technique, which was popularly used in the creation of Art Nouveau and Art Deco design, fashion, and architecture publications. Although the colors and patterns (check out that…zebra?) might seem ridiculous to today’s tastes, the images are historically interesting for their representation of what was, at the time, considered to be the height of fashion. 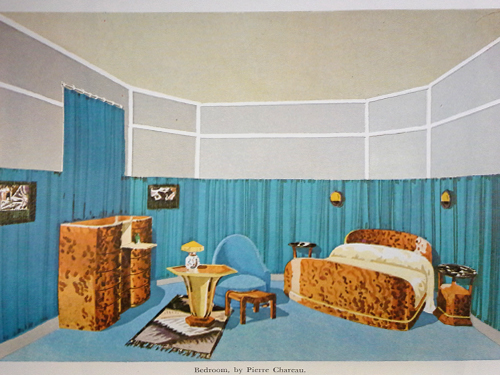 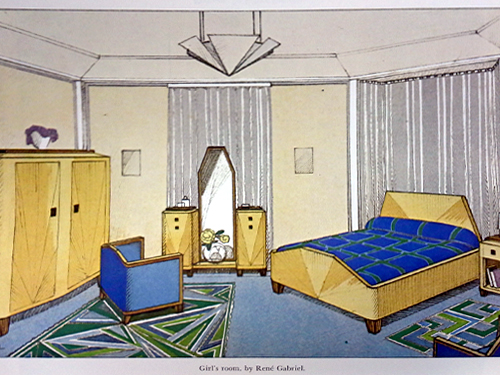 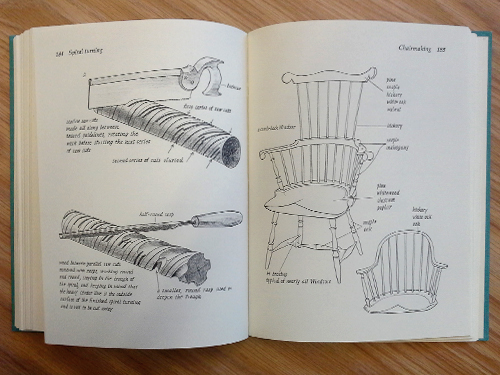 At first, a book like Country Furniture by Aldren A. Watson (1917- ) might seem out of place in the Architecture and Planning Library. Although many architects and architecture students have an interest in furniture design, their tastes tend to run in a more modern direction. Country Furniture, meanwhile, is a book that celebrates the traditional and, most of all, the handcrafted. Despite its old-fashioned subject matter, this title is a full of extremely comprehensive and valuable information on everything from established woodworking techniques and the properties of wood, to the woodworker’s workshop and the typical community it might have existed and thrived in. 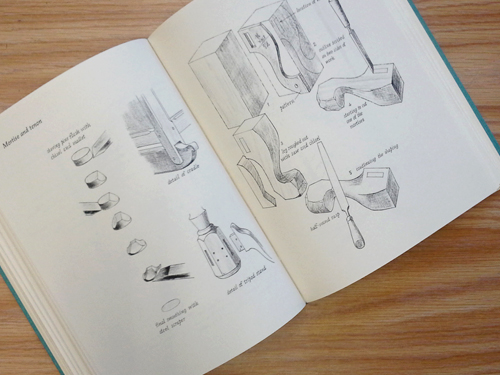 What first attracted me to this book were the “over three hundred detailed pencil drawings” by author and illustrator Aldren A. Watson. These simple pencil drawings are remarkable for their clear and concise description of antique furniture. Watson, a respected New England artist, is well known for books on craftsmanship. Titles such as The Blacksmith: Ironworker and Farrier and Hand Tools: Their Ways and Workings show a deep appreciation for bygone techniques and, as such, are an indispensable resource for historians and preservationists.