A couple of years ago, I had the chance to visit MoMA to see the Cindy Sherman retrospective. I remember feeling overwhelmed by both her work and the crowds in the gallery. So I wandered away to explore the other exhibits and discovered a second one on photography: Eugene Atget: “Documents pour artistes”. Everything about the Atget exhibit felt different. I was lost in his photographs and captivated by his views of Paris.

Today, I discovered that the Architecture and Planning Library has two books on the works of Eugene Atget (1857-1927). The first is a collection of 96 plates with an introduction written by Pierre Mac-Orlan, housed in Special Collections; the second is by Berenice Abbott with 180 plates and is part of our circulating collection. Both were published after his death.  Abbott  writes of him:

Though he had not received the material rewards he merited and which  might have kept him going for a longer time, his infinite pains were in the end, at least, rewarded by that monument, his immortal work. He will be remembered as an urbanist historian, a genuine romanticist, a lover of Paris, a Balzac of the camera, from whose work we can weave a large tapestry of French Civilization. Yet perhaps his most haunting photographs show simply a plow in a field near the city, a crop of wheat, or one of the trees he loved so well. (Abbott, pg. xxxi)

Comparing the reproductions in the two works, I was struck by the differences of the sepia toned photographs (1930) versus the black and white (1964) in terms of both quality and emotions produced in the viewer. Additionally, some of the photographs are cropped differently. These variations led me to wonder, which is the more authentic photograph. 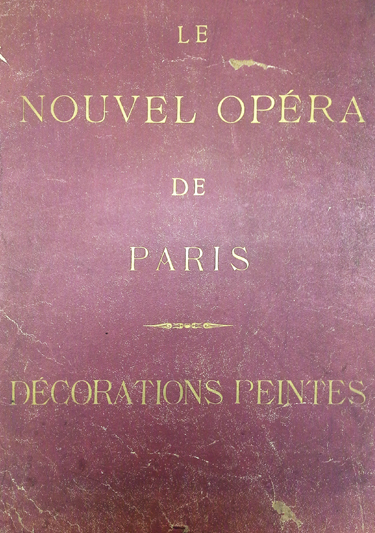 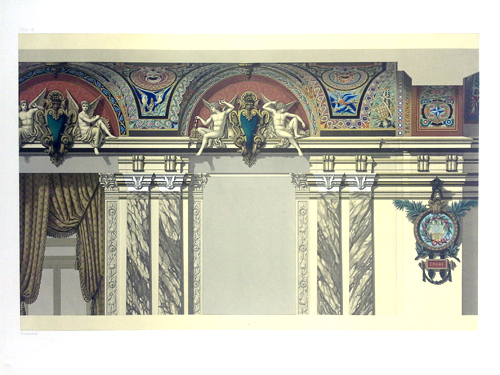 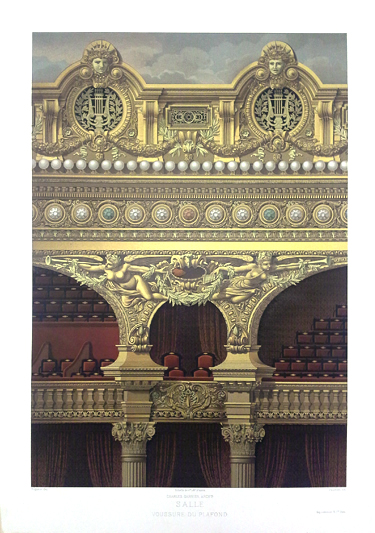 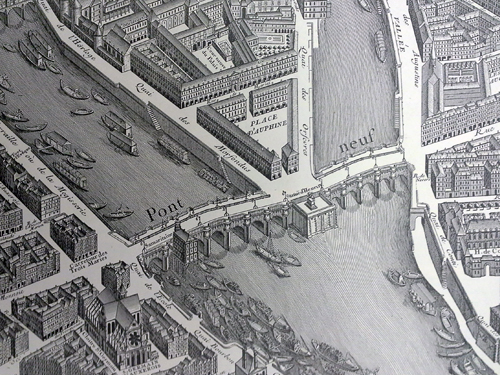 Recently, the Architecture and Planning Library took possession of several books, that were originally housed in the Alexander Architectural Archive. These books, formerly owned by the late Blake Alexander, were transferred to the library’s special collections in order to allow greater access to students and researchers alike. 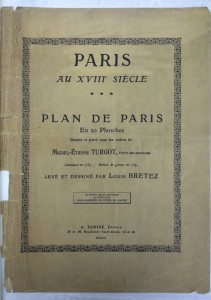 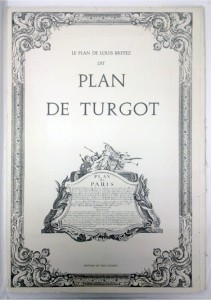 Two of the books, officially titled Paris au XVIIIe siècle; Plan de Paris en 20 planches dessiné et gravé sous les ordres de Michel-Étienne Turgot, prévôt des marchands and Le Plan de Louis Bretez dit Plan de Turgot, represent different twentieth century facsimiles of a the same publication, Le Plan de Turgot. Le Plan de Turgot, a detailed bird’s-eye view of Paris, is one of the most famous urban maps ever created. Commissioned by the prévôt des marchands de Paris, Michel-Étienne Turgot (1690-1751), in 1734, the map was realized by Louis Bretez over the course of five years. Bretez, a member of the Académie royale de peinture et de sculpture who specialized in architectural perspective, was given free reign to enter Paris’ mansions, houses and gardens in order to capture every building, window, tree, shadow and park in exhausting (and accurate!) detail. The completed map, consisting of twenty pages that could be assembled into a massive display of the first eleven modern-day arrondissements, was engraved by Claude Lucas and published in 1739. Lucas’ original plates are kept by the Chalcographie du Louvre where they could still (theoretically) be used today for printing. 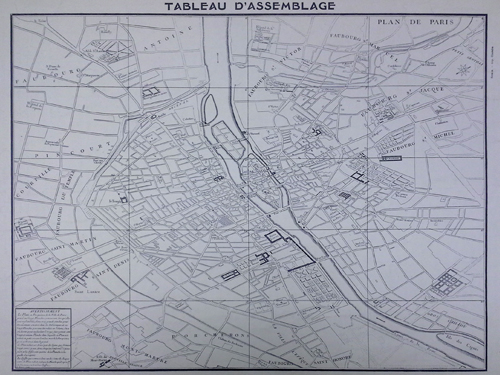 Of the two reproductions, Paris au XVIIIe siècle, is the oldest. This book was published circa 1908 by Alphonse Taride, a Paris based publisher who specialized in maps, tourist guides, histories, and pocket plans of France. The other facsimile, Le Plan de Louis Bretez dit Plan de Turgot, is much newer having been published circa 1966 by Éditions les Yeux ouverts.