Learn about its great story in How to build a Tower 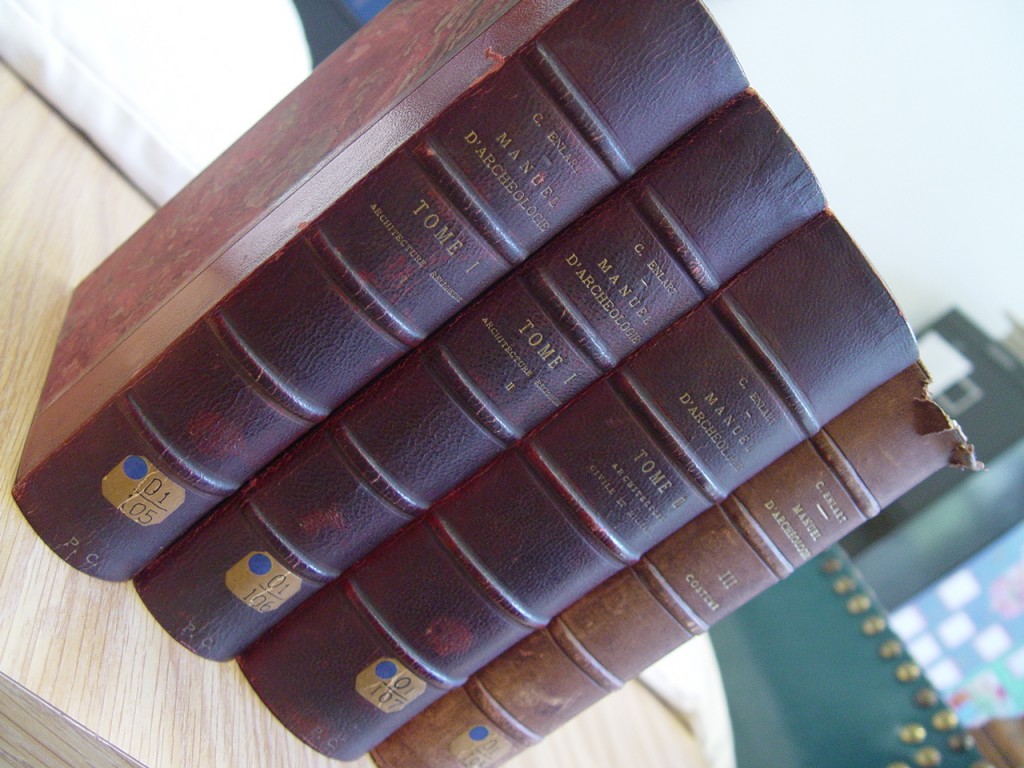 Turn-of-the-century gothic art historian Camille Enlart examined French architecture and fashion in his three volume work Manuel d’Archéologie Francaise. Published in two books, the first volume looks specifically at French religious architecture and continues Enlart’s career assertion that the cultural vacuum created by the decline of the Roman empire facilitated the insertion of French forms and themes into Mediterranean art and architecture. Enlart produces a formal survey analyzing various architectural elements, building plans, and construction practices to discern a more precise relationship between forms emerging from classical modes and those of Gallic (and likely Celtic) provenance. The resulting positivist history suggests that the Carolingian epoch represents a decided shift in the dominant aesthetic vocabulary in this part of Europe. 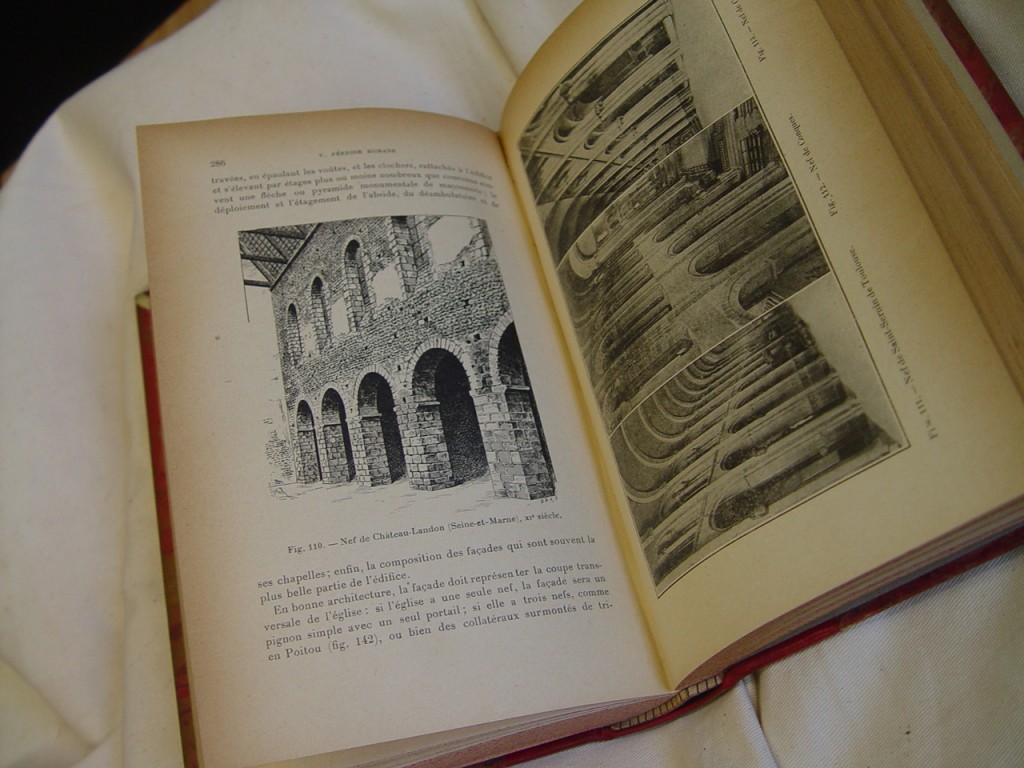 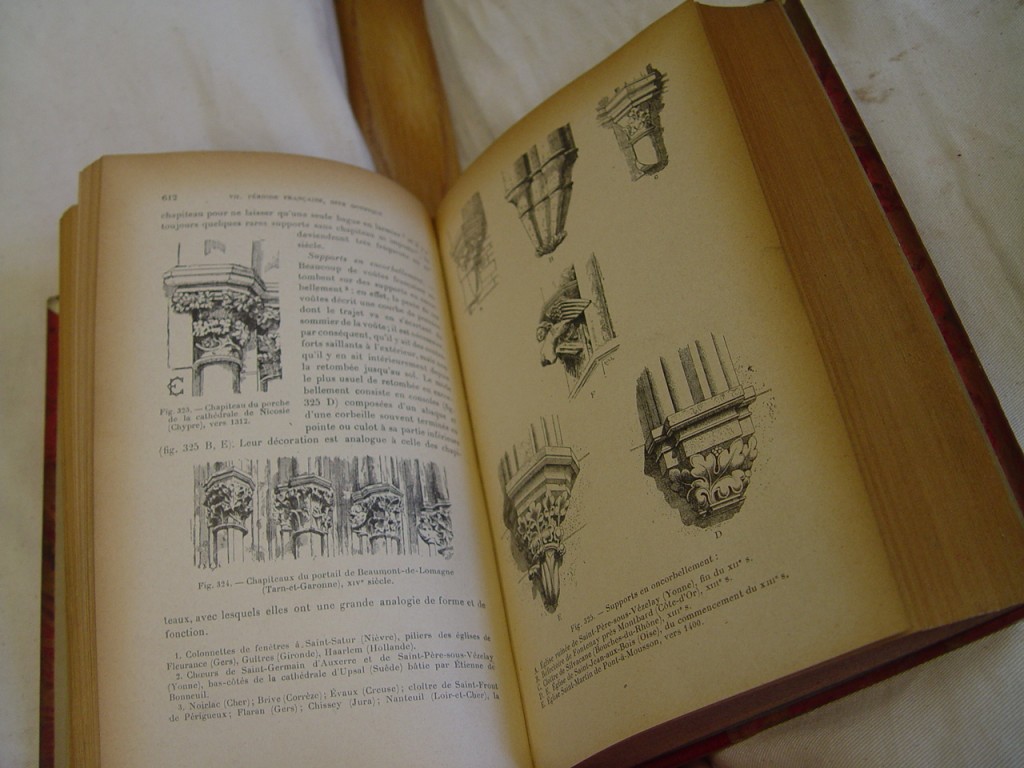 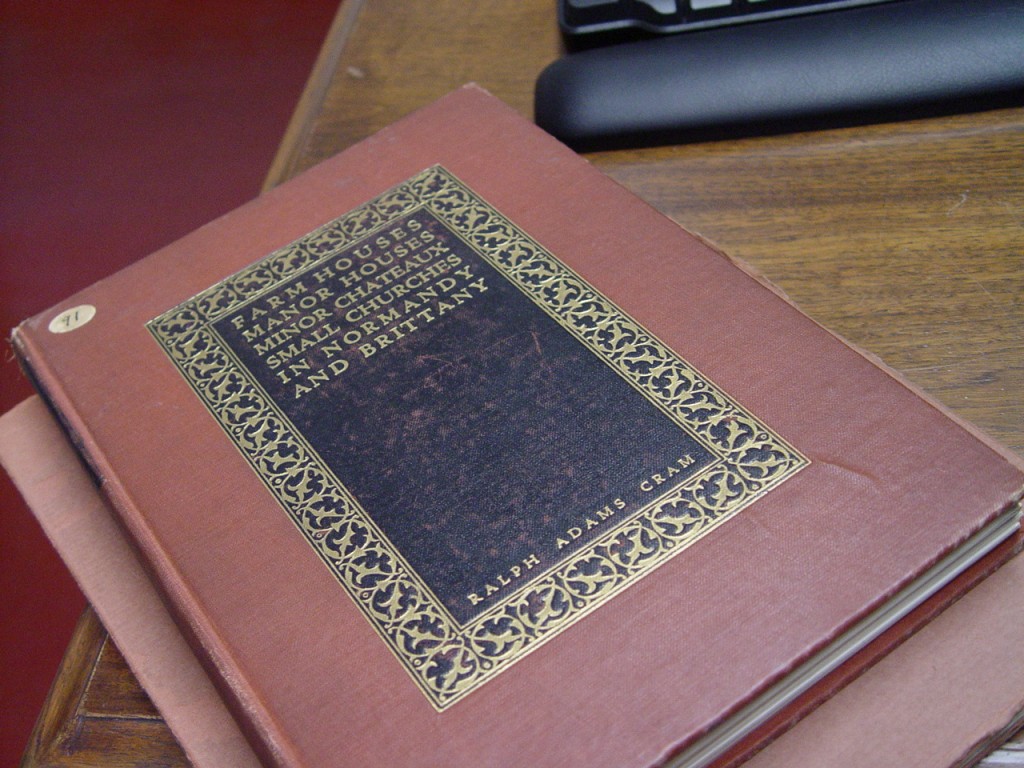 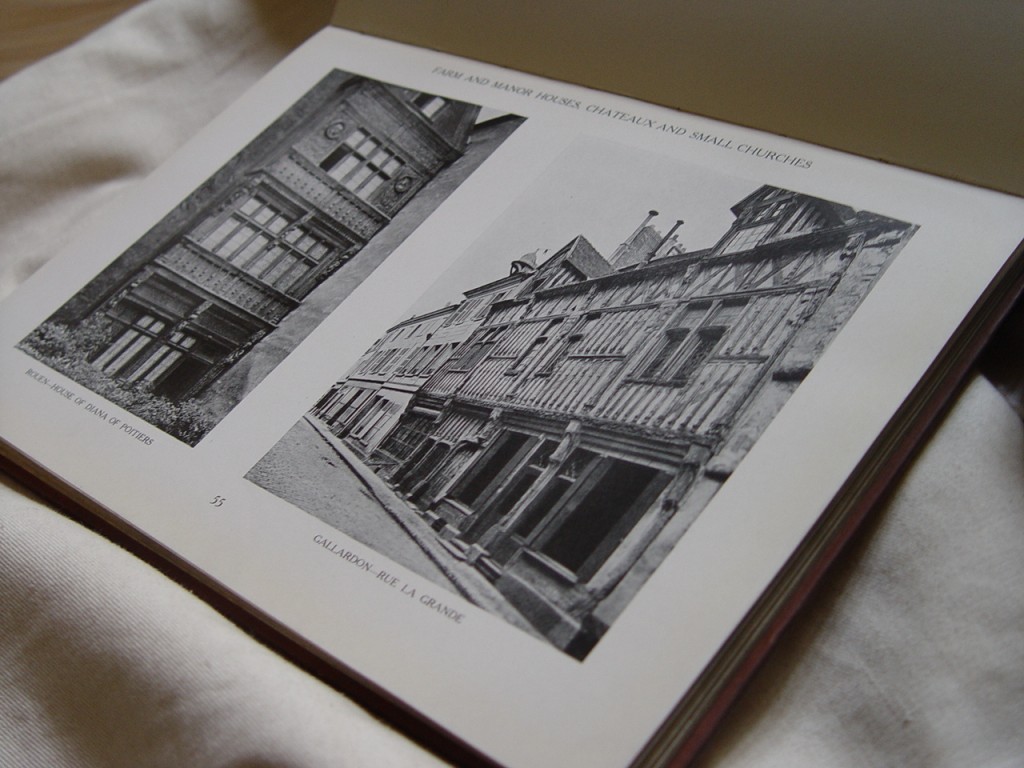 The General Libraries has acquired the library of Paul P. Cret (1876-1945), the architect responsible for The University’s 1933 Master Plan, the design of the Main Building and UT Tower, and 18 other buildings on the UT campus.

The collection totals approximately 700 volumes published between 1560 and the 1930’s plus 43 albums, portfolios, and boxed sets of photographs. The books, many of which are rare, are mostly large, folio-size, and profusely illustrated. Many are in their original leather or cloth bindings. Most of the books are classic texts still in use today by architects and architectural historians.

Included in the collection are offprints, exhibition catalogs, prospectuses, annual reports, monographs, trade and industrial materials catalogs, journals, and periodicals regarding architecture and planning, housing, restoration, and bridges. The photographic materials consist of documentation of the work of Paul P. Cret and his successor firm. The books in the Cret Library will be housed in the Architecture and Planning Library. Photographic materials will be cared for in the Alexander Architectural Archive.

The Cret Library was acquired with funding from the Martin S. and Evelyn S. Kermacy Collection Endowment, the School of Architecture, the General Libraries, and the UT System Academic Library Collection Enhancement Program (ALCEP).

“This is a magnificent collection of great historic value to UT Austin and of current value to a range of architectural historians and practicing architects,” said Harold Billings, Director of General Libraries. “With the addition of this collection and the continuing expansion of the Alexander Architectural Archive we now have one of the major architectural resource centers in the nation on our UT Austin campus.”

In 1907 Paul P. Cret founded what became the most successful beaux-arts architectural firm in Philadelphia. In addition to his work on the UT Austin campus, he designed such prestigious edifices as The Folger Shakespeare Library in Washington, D.C., the Rodin Museum, and The Barnes Foundation in Philadelphia. While practicing architecture, Cret also headed the Department of Architecture at the University of Pennsylvania for over 30 years. After Cret’s death in 1945, his four partners assumed the practice under the partnership of Harbeson Hough Livingston & Larson (renamed H2L2 in 1976). The Cret Library was acquired from H2L2. It is highly unusual that a collection of this type and size should survive in its entirety.